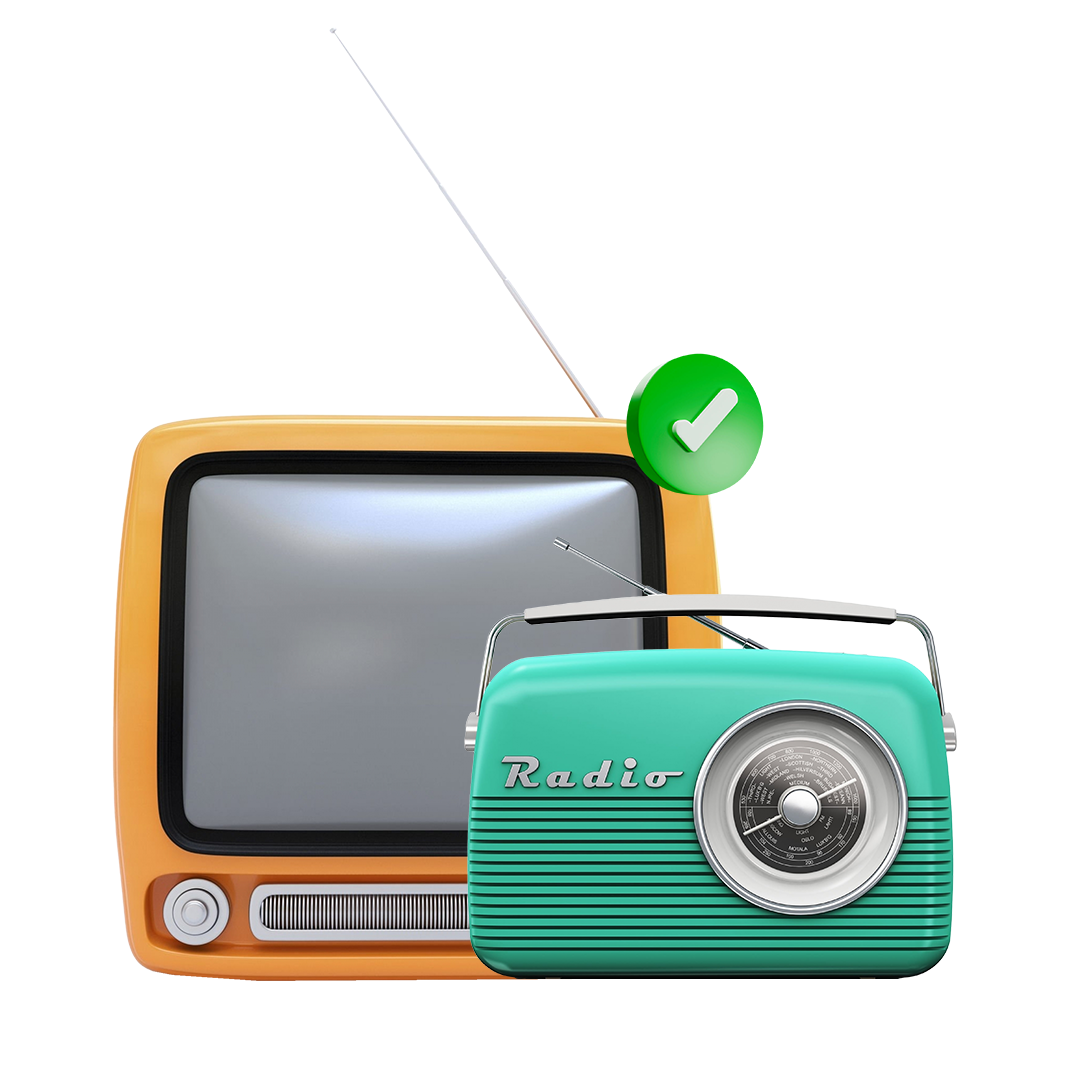 Ads in Nigeria are just as important as they are in any other country. To get the word out about your product/service, you need to advertise! But not just anywhere: The quality and success of your advert typically depend on the radio and TV stations that you hire.

Advertising is everywhere, from billboards to magazine ads to flyers. And in this day and age, it hasn’t just been limited to these outlets. There’s also the Internet, which is becoming a popular medium for advertising and marketing products or services. Wherever you see an advert in Lagos, Nigeria, the advertiser has likely spent a reasonable amount on a media buy on some of these major radio or TV stations.

Lagos, Nigeria’s economic hub is themost populous city in Nigeria and the largest metropolitan area in Africa. Lagos has a growing population of over twenty million people, with an estimated one million people arriving on average every year. With this in mind, many advertisers are turning to Nigeria’s entertainment industry for help.

Advertising is a booming business. In today’s world, with so many competing brands and products, it has never been more difficult to catch someone’s attention even though advertisers have a broad range of options for which stations they can run their ads on. How then, do you get the word out about your brand or service without coming up against all of these new stimuli?

We have saved you the stress by presenting a list of a few of the best choices for your campaigns when looking to target top radio and TV stations in Lagos, Nigeria.

The Beat 99.9FM is a full-service station with local and international entertainment news, topical news, sports, weather, and traffic information all rolled into a hot and exciting breakfast, afternoon, and evening drive-time show. They accompany listeners throughout their journeys to and from work. The Beat 99.9FM is the station to tune to at home, in the car, at work, and online.

The self-acclaimed ‘Heartbeat of Lagos’ broadcasts content that suits their target demographic- men and women between the ages of 15 and 40. So, if your advert is for that demography, you know where to turn to. They aim to be the ‘Beat’ of Lagos and capture through their sound, the vibrancy that Lagos is known for.

Cool FM Lagos 96.9 is a popular radio station that broadcasts from Lagos, Nigeria. This English-language radio station broadcasts popular music 24 hours a day, seven days a week, both on the air and online.

Eko 89.7 FM was founded in 1997 as Radio Lagos‘ sister station. EkoFM was founded to provide Yorubas with information. Because it broadcasts in both English and local languages, many Lagosians rely on it to keep them informed. So, if you aim to target Yoruba speakers with your campaigns, you know where to look.

The station’s main functions are to present typical traditional values and concepts of Lagos life through its carefully woven programs.

Eko FM provides a perfect blend of programming in the areas of fun and excitement, news courage and delivery, appropriate music presentation, and socially relevant and audience-engaging concepts. The station perfects its act in the art of breaking news, interviews, and a welcoming atmosphere for both young and old music tastes.

Brila 88.9 is your go-to FM station for sport-niched campaigns or if your ad is targeted at sports lovers in Lagos, Nigeria.

The Nigerian foremost sports news house has grown into a robust establishment with a dynamic online presence through the Brila audio-visual App to reach sports fans anywhere, anytime, every time.

Aside from Lagos, Brila FM has key studios in the Nigerian cities of Abuja, Onitsha, and Port-Harcourt.

Wazobia 95.1 FM Lagos is a Nigerian Pidgin English radio station broadcasting in the state of Lagos. It was established in 2007 and is owned by Globe Communications Limited. Wazobia Fm Lagos is known for its lighthearted approach to radio broadcasting.

The station is also the first pidgin radio station in Nigeria.

Channels Television is a Nigerian 24-hour independent news and media television channel based in Lagos. The parent company- Channels Incorporated, was founded in 1992, a year before the Nigerian government deregulated broadcast media. It debuted on the air in 1995.

The station is Nigeria’s 14-time TV station of the year and has huge viewership among Lagosians and Nigerians at large.

AIT, or Africa Independent Television, is a privately owned television broadcaster in Nigeria. It is the largest privately operated terrestrial television network in Nigeria, with stations in twenty-four of the thirty-six states. AIT also broadcasts from its operational headquarters in Abuja via satellite television. The station is a subsidiary of DAAR Communications plc, and it is available throughout Africa and in North America via Dish Network.

Lagos Television, also known as Lagos Weekend Television, is a Nigerian state-owned television station based in Ikeja. The administration of Alhaji Lateef Jankande estbalished Lagos State Television in October 1980 to disseminate information to the populace.

LTV has been a reliable channel to advertise to audiences in Lagos for decades.

TV Continental (TVC) News is a 24-hour television news channel based in Lagos, Nigeria. The channel is available in the United Kingdom on British Sky Broadcasting Group Plc, in Nigeria on Naspers Ltd.’s DStv and Startimes, and in Ghana on Multi TV.

The station is also popular outside Lagos state Nigeria. It has its adverts rates in Naira on its ‘About Us’ page on its website.

Arise News is a world news channel based in London. It has studios in New York City, London, Johannesburg, Abuja, and Lagos, among other places. The channel features content from Africa, the United States, and Europe. It is run by Arise Broadcasting Ltd., which is owned by Nduka Obaigbena, a Nigerian media mogul.

Arise News in recent times has enjoyed increased viewership because of its political programming. Since Nigeria is in a political season, ads on Arise News have a high chance of reaching a large audience.

Get reliable insights onRadio and Tv stations and the performance of your ads in Lagos, Nigeria

There are many radio and TV stations in Lagos, Nigeria that would be great for running advertisements. Some of which we have discussed above. These stations all have large audiences and reach a wide variety of people. Advertising on these stations would be a great way to reach potential customers in Lagos.

While you want to target huge audiences with your ad campaigns, you also want the same to impact the real beneficiaries that you have in mind. “How do you ensure this?”

Survey54’s Audience Measurement Tracker is the solution for you. It provides data to media companies, allowing them to view radio and television share, gauge ad spending for better ROI, and plan valuable future marketing campaigns.

Similarly, our Ad intel/commercial monitoring tool analyzes actual data about the impact of ad campaigns from media platforms and publishers.

Combining both tools improves advertisement results by allowing you to properly target, plan, execute, and measure the impact of your advertisements. Contact our team to begin. 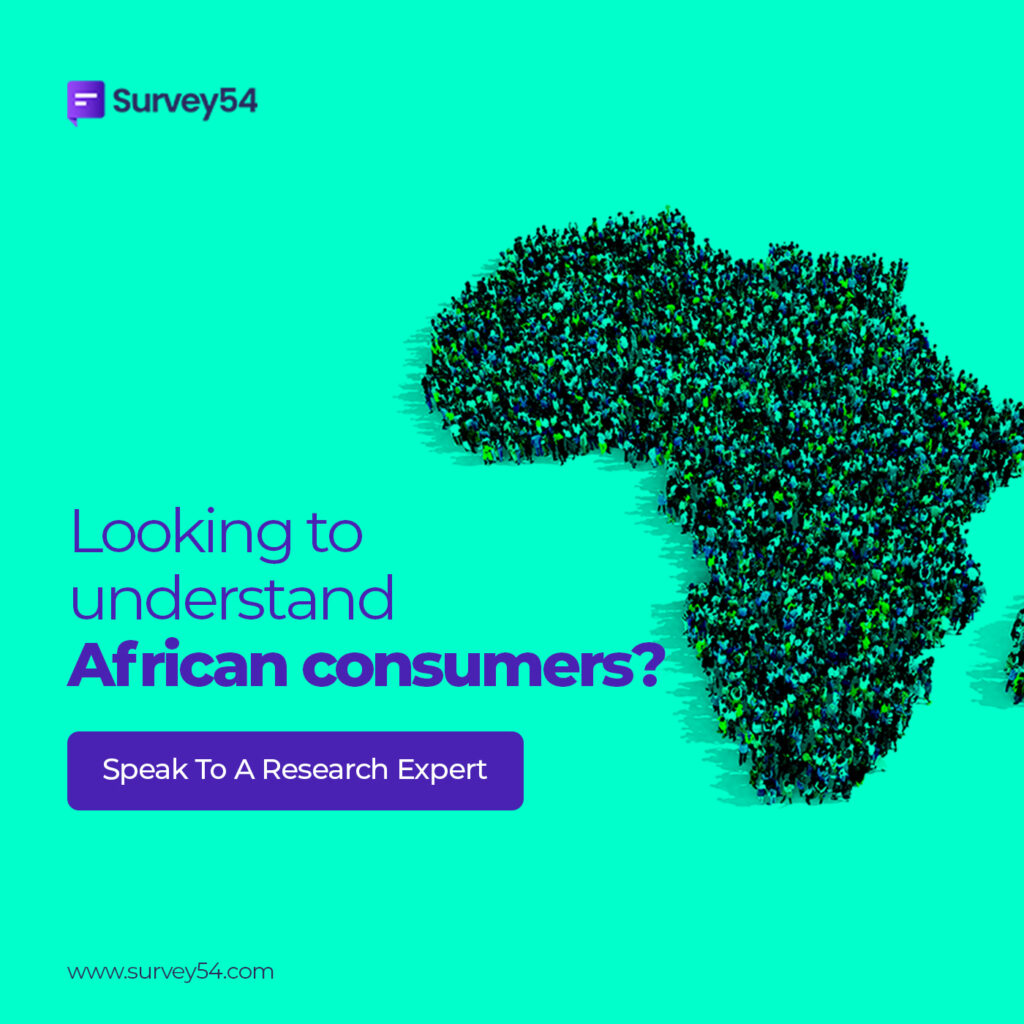 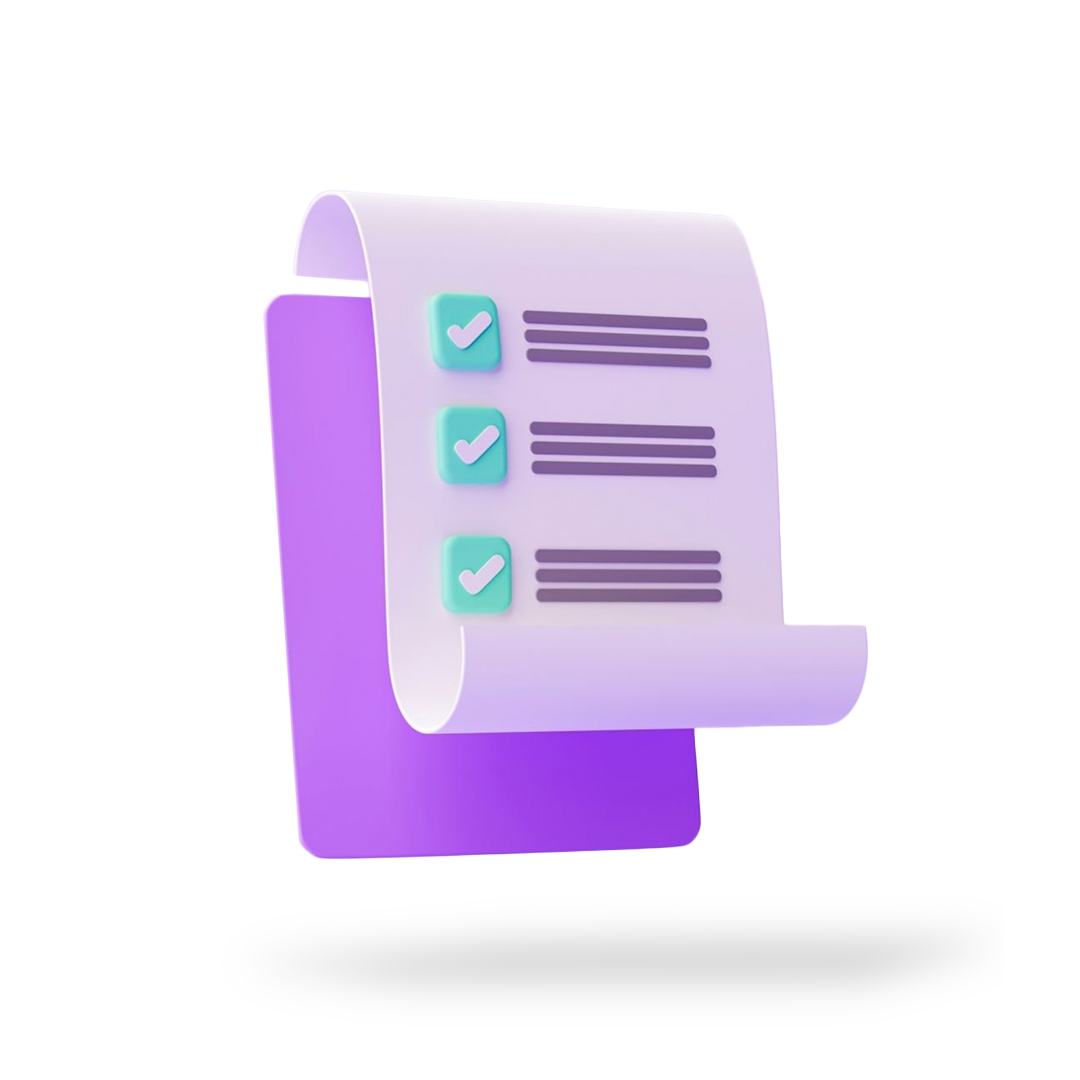 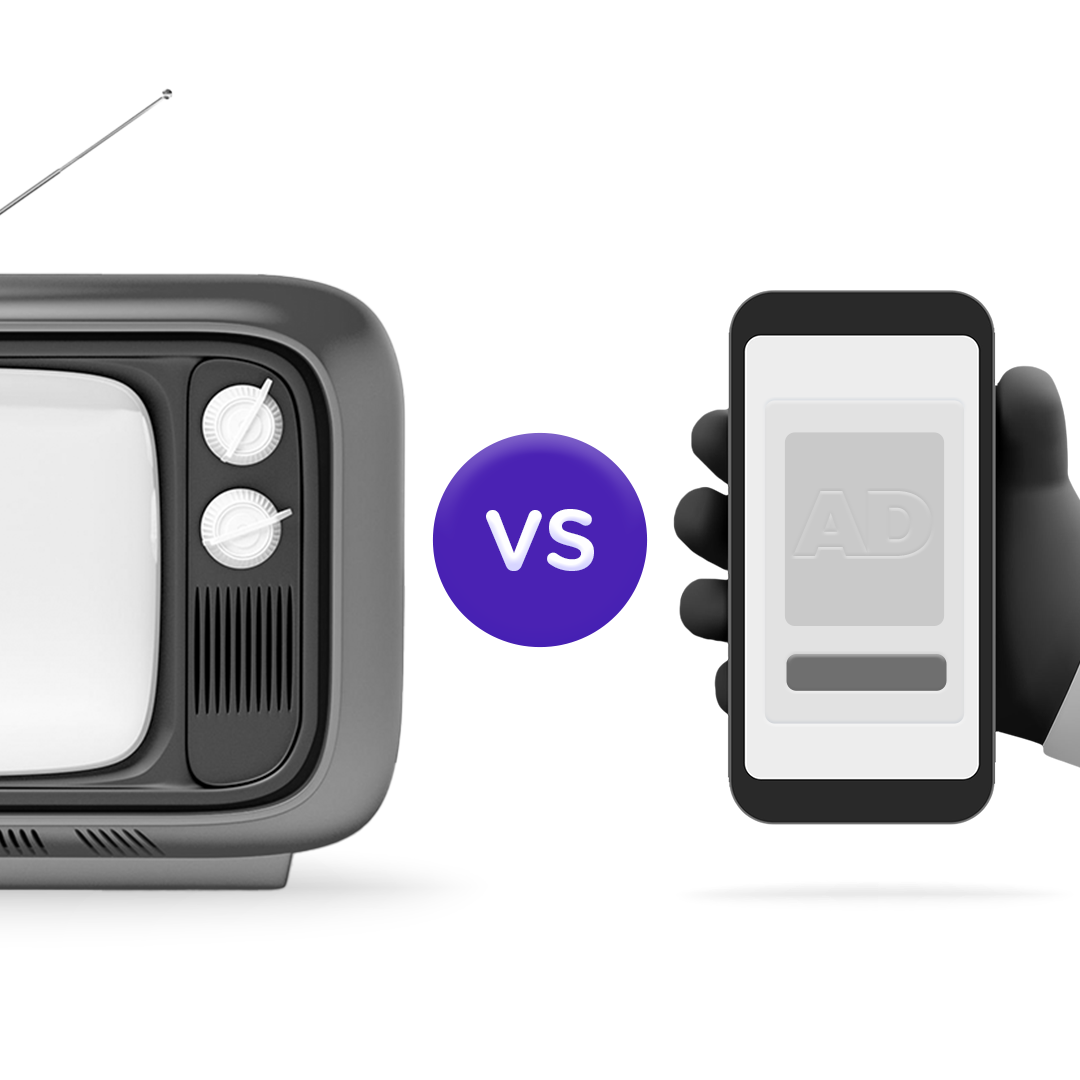 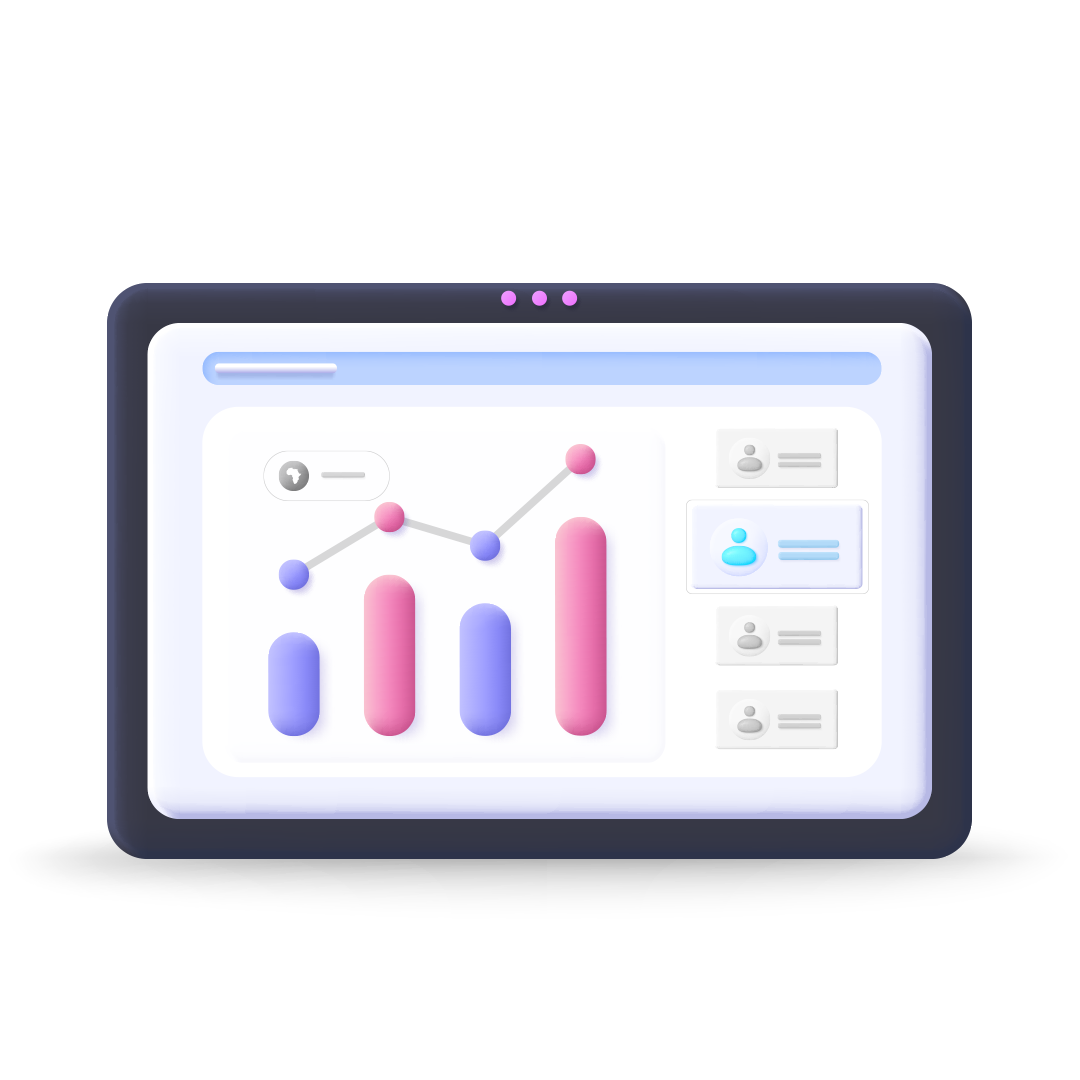 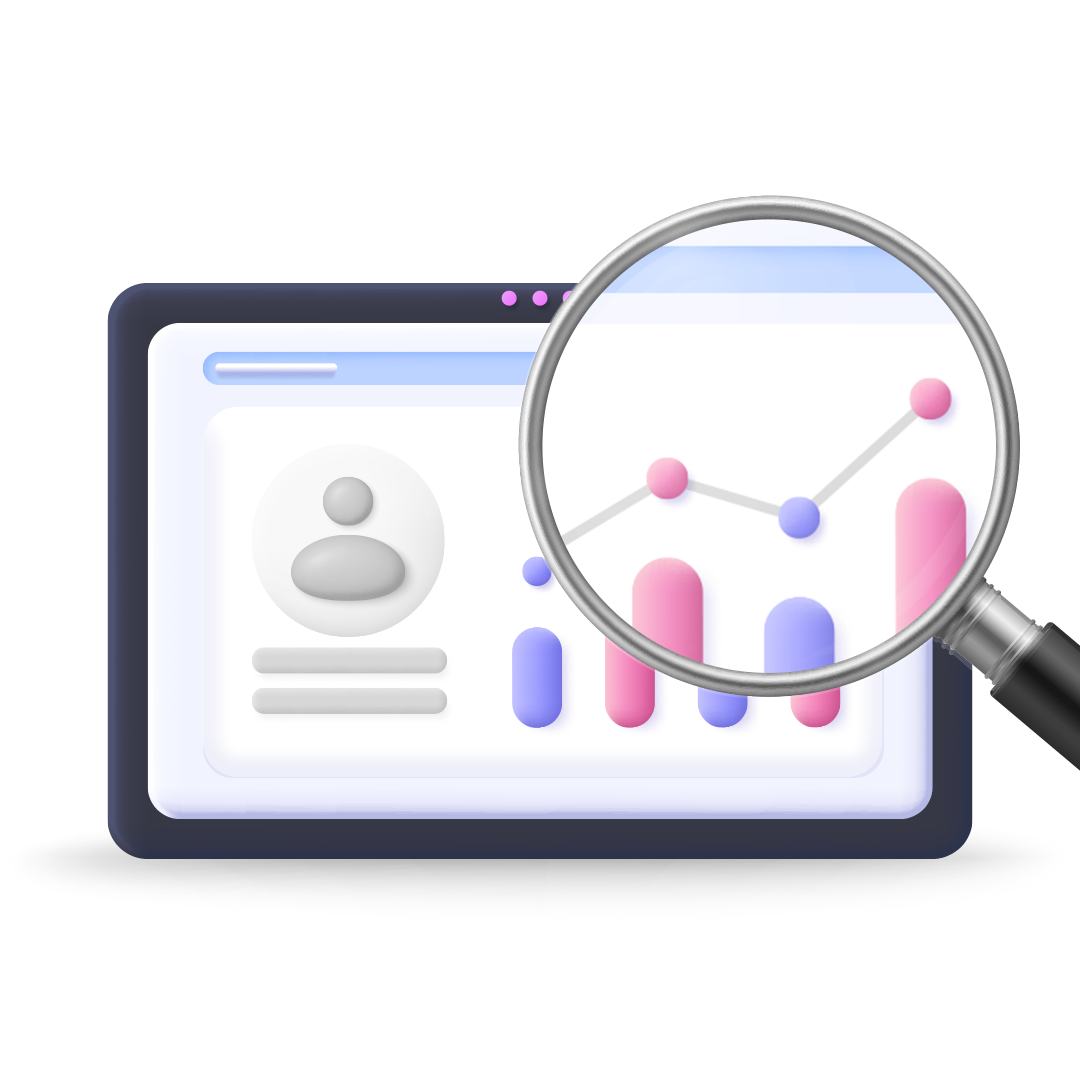 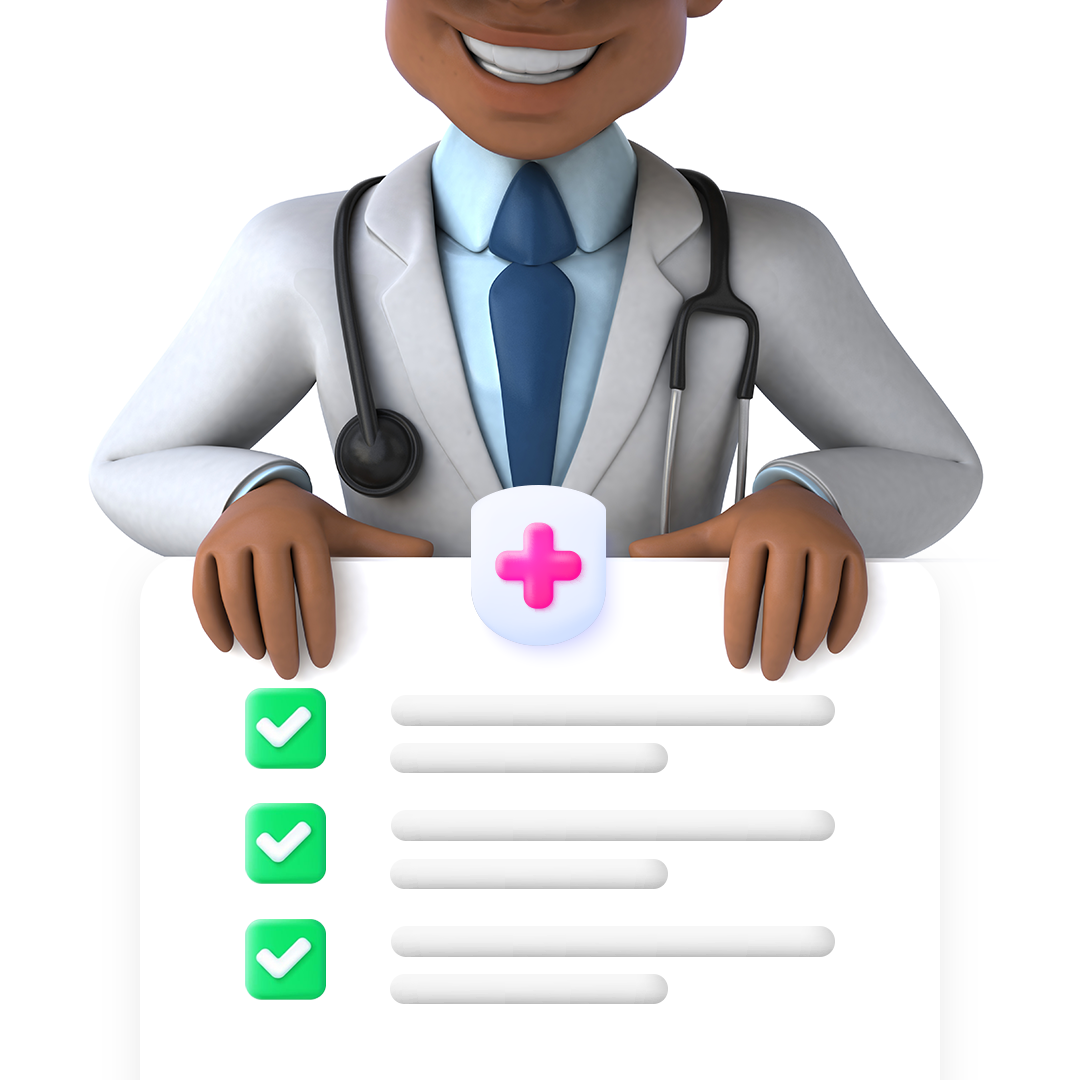 What is brand health, and how to measure it? 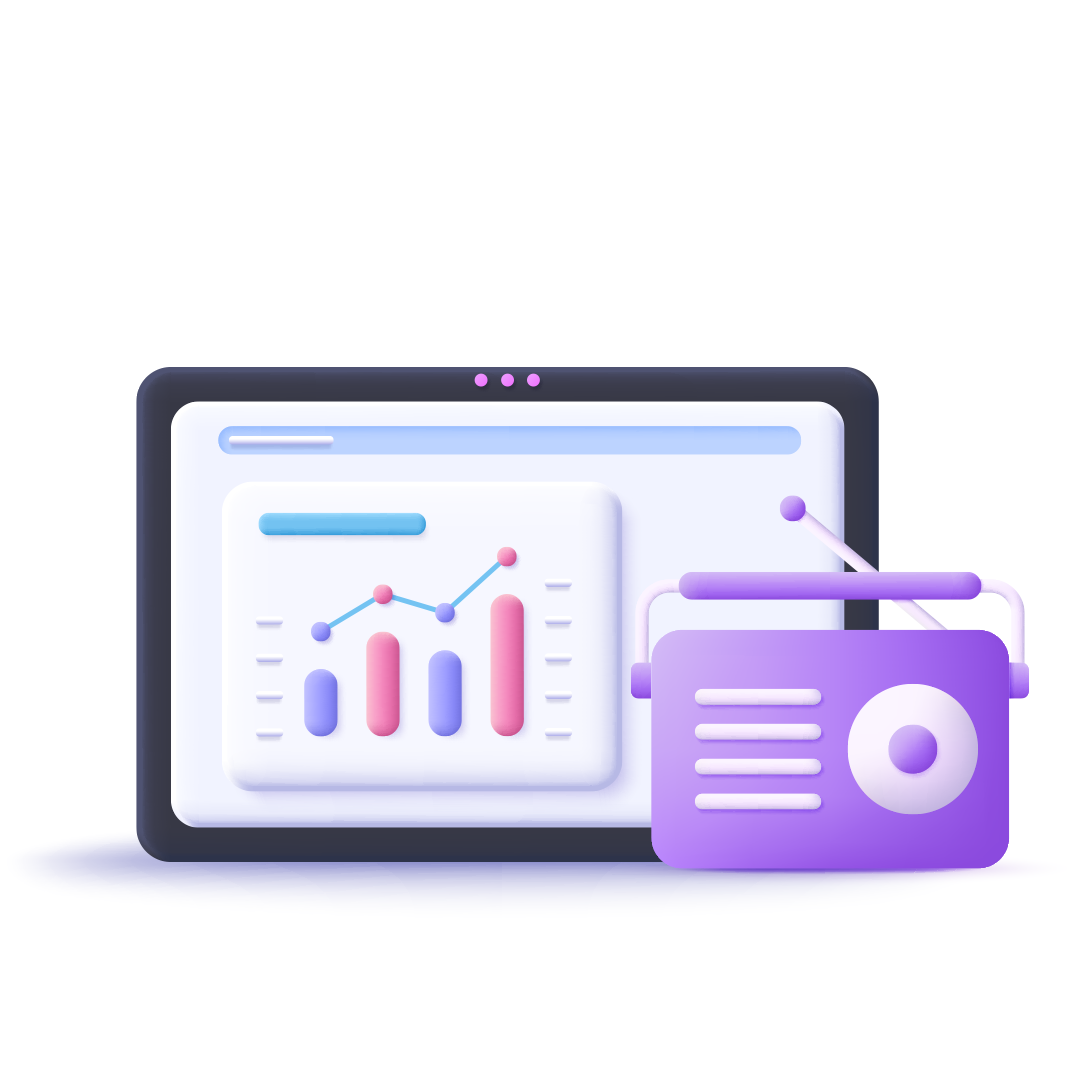 How to Track Radio Advertising 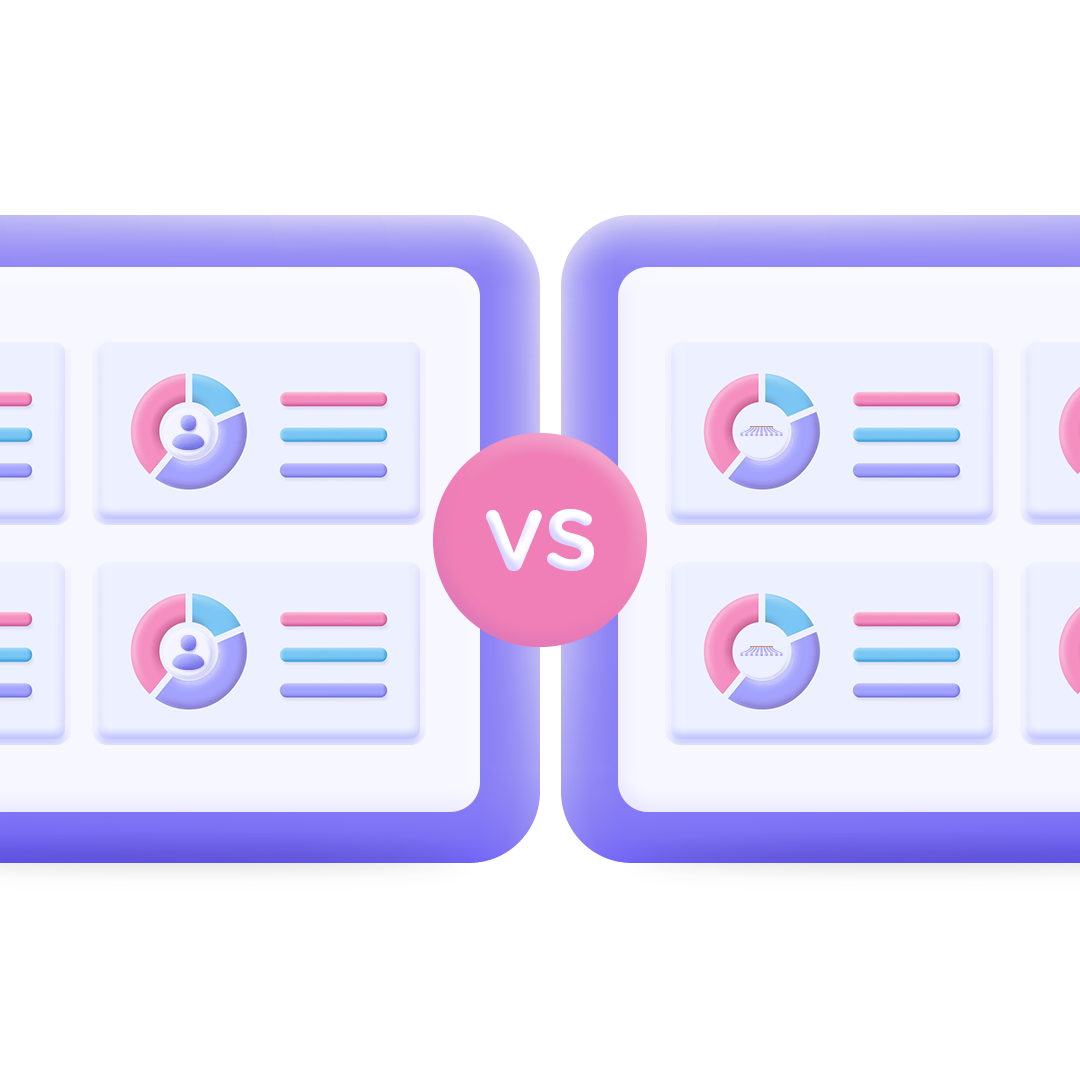 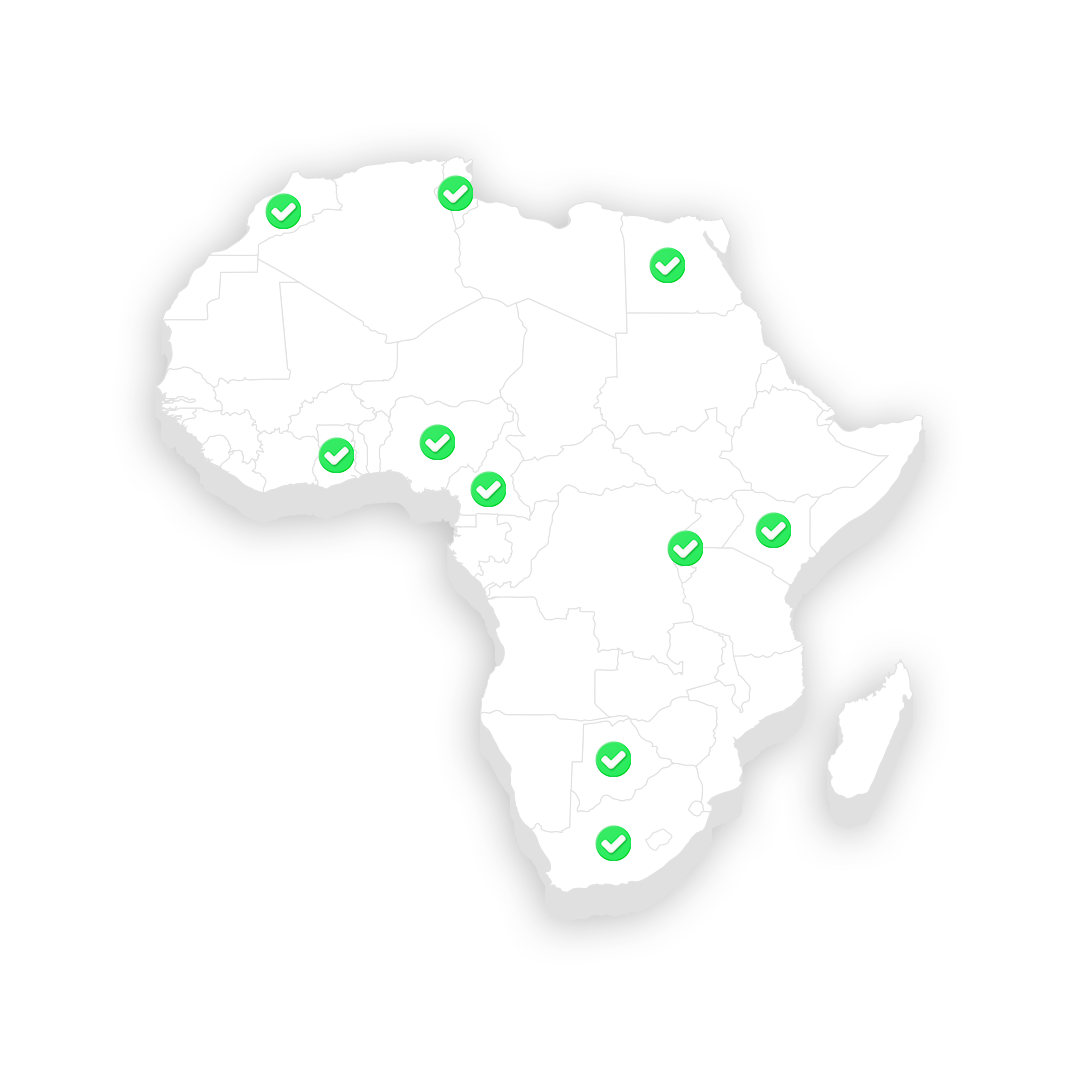